I have a list of genes that belong to different groups. I would like to plot the expression using heatmap and show different colours for each group. I will use pheatmap in R.

These are the files I have:

The *.ids contains gene ids in that group and meanExpr contain the expression values in different timepoints. I will use the following command to creat the input file for pheatmap:

To make a heatmap, I used the following script:

Then I would like to define the colour for each group:

Another thing is that some special characters like “+ -” are not allowed in R variables but commonly used in biology, e.g. Co-chaperone. In this case, we need to force R to use that variable name by adding backticks, e.g., 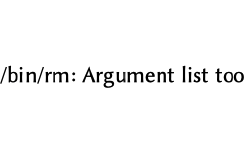 Argument too long for operation of many files