The figures below illustrates perfectly a few examples of host-control by the parasites. To read the full stories, please go to the original webpage in The Scientist.

The jewel wasp has been viewed as the favourite parasite of Carl Zimmer. The whole story almost sounds like the aliens invading the earth: paralyzing the host for a short while, preventing the mind of escaping, and walking the cockroach like a dog on a leash. To this end, the parasite has to make two stings at exact positions: the first one is to shortly paralyze the cockroach but still keep it mobile; the second one turns it into zombie state, through blocking the function of octopamine receptor. 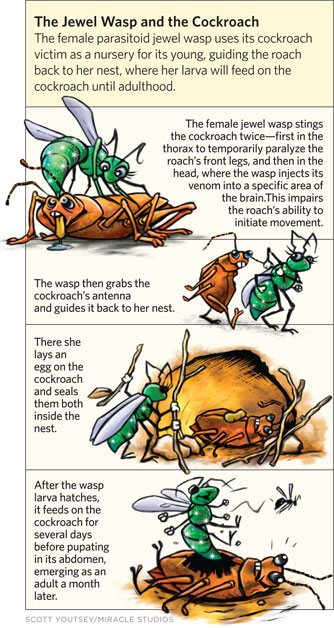 These parasites can make their intermediate host more extroverted and less fearful of felines. Thus increase its risk of predation and promotes their life-cycle. 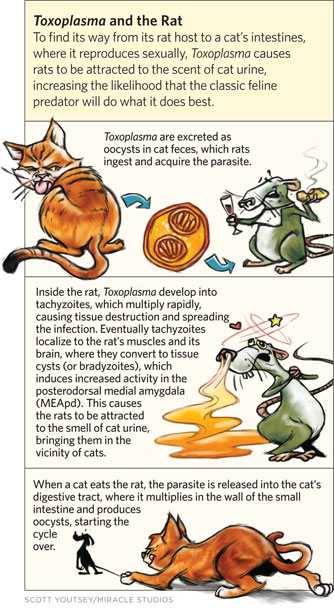 Hairworms guide the crickets to swim

Although they don’t like water, crickets are guided by their infected hairworms to the water, where the parasites can reproduce.

Plasmodium and the mosquito

Study has shown that the malaria parasite Plasmodium falciparum (恶性疟原虫), can change its host’s attraction to nectar sources for sugar intake, so to enhance the parasite’s chance of survival.

How can parasites achieve this? The machenisms mainly involved the neurous system of the host, including infection of the central nervous system, altered neurochemical communication. 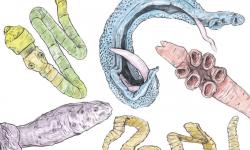 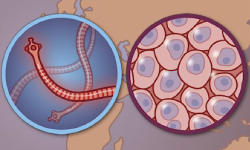 Parasites are not always bad: their role in reducing allergic diseases