The videos were simply recorded using Zoom, so they all have the same resolution (about 1440*800) and the size are not large (each around 20Mb for 20min). I tried several ways:

I used iMovie in the past, it is powerful and free. But the problem is that it runs very slow and the resulting video is really big (~1GB after merging two short videos), which is not possible to upload.

FFMPEG is open-source and there are quite a number of tips to use ffmpeg to merge videos, for instance:

It runs very fast, but I found that the 2nd video doesn’t show the correct pictures matching the audio (some were clipped)

I tried the top 2 search results:

Clideo doesn’t support the original ratio (4:3), but 16:9, then there will be black borders. OnlineConverter is so far the most satisfactory one. It’s fast and easy to use, the resulting file is similar to combing the original videos. There is one minor issue that for each video, the first ~10sec don’t show sharp pictures though.

PS: I used my Huawei mobile phone to clip the videos. Are there recommendations for video merging on Mac/iOS/Android? 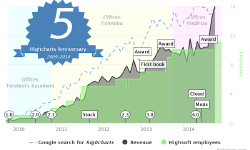 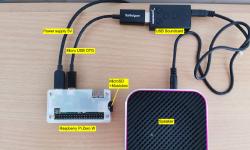